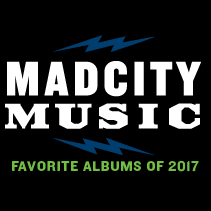 BOBBY HUSSY
ISS – Endless Pussyfooting ~ MORE INFO
My favorite new band in forever. Confrontational, edgy and dancey punk rock. Most songs are based around drum samples from 70s and 80s punk, kraut and goth staples such as The Cure, Faust, and the Slits. This is the most unique record I’ve heard in half a decade at least.
Marika Hackman – I’m Not Your Man ~ MORE INFO
Sub Pop doesn’t always hit the nail on the head these days but this record really grew on me. Very accessible pop rock for fans of Waxahatchee, Courtney Barnett, Chastity Belt, etc.
Peter Perrett– How The West Was Won ~ MORE INFO
Ex The Only Ones first album in fifteen years. Fantastic meandering rock with conversationalist vocals. Opening track is an awesome reworking of “Sweet Jane.”
Wood Chickens – Countrycide ~ MORE INFO
Meat Puppets meets Minutemen meets Dead Milkmen.This record has it all! Rock, surf, psych, country, punk, hardcore, speedy indie, and everything in between. Madison’s finest local band.
Waxahatchee – Out In The Storm ~ MORE INFO
Heavily produced pop rock that gets under your skin. Great songs and greater melody hooks.
The Smells – Manure Spreader ~ MORE INFO
Local country punks. Angular Jesus Lizard guitar meets the lo-fi rock of GBV with a dash of slacker indie along the lines of early Pavement. Home recorded by the band in true DIY fashion.
Sneaks – It’s A Myth ~ MORE INFO
Last year’s debut LP by Eva Moolchan’s Sneaks project was the surprise hit of the year for me. Super simple bass n drum machine post-punk minimalism. She lets the tracks breath a bit more on this year’s
effort and adds synth to a number of tracks. Pretty solid followup to one of my favorite records in a long time.
Bonny Doon – Bonny Doon ~ MORE INFO
Detroit’s answer to Pavement! Very excellent slacker country for the garage rock crowd.
Vacation – Southern Grass/The Continuation of Rock ‘N’ Roll ~ MORE INFO
Probably the best underground punk band in the country currently. Just got off a tour supporting the Breeders. This band has written some of the finest catchy punk-pop songs over the last decade. Their new record is two volumes, and both are completely essential and work off of each other extremely well. Lo-fi experiments interspersed between the catchy fist pumpers.

ROLAND
Brockhampton – Saturation II ~ MORE INFO
One of the biggest surprises of the year for me. Saturation II refines and polishes the groundwork set by Saturation I and proves that the group is by far the most exciting thing in hip-hop this year. The
production on this album is sublime and the most refreshing thing I have heard in hip-hop since To Pimp A Butterfly.
Guerilla Toss – GT Ultra ~ MORE INFO
Guerilla Toss are a chaotic and frenetic dance-punk band from Brooklyn. Their album Eraser Stargazer was one of my favorites last year but GT Ultra proves to be far more refined and focused while
still maintaining their distinctive chaos. While their music conjures images of the more energetic bands of the new wave era, they clearly pave their own way to utterly infectious and wild music. The chorus of “Betty Dreams of Green Men,” for example, is impossible to dislodge. The lines, “Do not call me, Do not say my name, Waiting for the Alien OK” stay within your head long after listening to it. Highly recommended.
Idles – Brutalism ~ MORE INFO
Idles are a post-hardcore group from the UK. Their music combines the anger and ferocity of hardcore with the mechanical rhythm of post-punk. Their lyrics, in traditional punk fashion, channel a lot of
political and class resentment currently present within the UK. For example in the song Mother, lead singer Joe Talbot spouts, “the best way to scare a Tory is to read and get rich”. Idles are able to
capture a certain type of anger and frustration that recalls the fierce energy of the punk scene during the 80s.
Iglooghost – Neo Wax Bloom ~ MORE INFO
Iglooghost is an Irish electronic producer who is only 20. That’s particularly crazy when you realize the amount of effort that needed to go into Neo Wax Bloom. The amount of intricate layering on here is
staggering. One of the more impressive albums this year. Highly recommended for fans of the more chaotic side of Aphex Twin.
The Ruins of Beverast – Exuvia ~ MORE INFO
The Ruins of Beverast are an atmospheric black/doom metal band from Germany. Like black metal songs tend to be, the songs on here are long but not in a way that feels too much. The length allows the album to paint dire, uneasy soundscapes that are like being lost in a forest in the dead of winter. It’s a great companion to the freezing weather coming here in the next few months.
Spectral Voice – The Eroded Corridors of Unbeing ~ MORE INFO
Denver’s Spectral Voice combine the doom and death metal subgenres in Eroded Corridors of Unbeing. It utilizes the best of both metal genres; the churning doom metal riffs go hand in hand with the
guttural vocals and chaotic drums. I’m normally not one for death metal but this album rips in all the best ways.
Amenra – Mass VI ~ MORE INFO
Amenra is a Doom metal band hailing from Belgium. On their newly released album, Mass VI, they play with dynamics and crescendos. The album weaves in and out of spoken word into truly epic doom metal
riffs. The album cover is also my favorite of the year. The lifeless swan on the cover is a striking image that goes hand in hand with the music.
Mountain Goats – Goths ~ MORE INFO
It’s hard for the Mountain Goats to swing and miss. They try to switch things up here by not including any acoustic guitar which until this point was synonymous with the Mountain Goats. However, the experiment pays off and John Darnielle’s songwriting remains as compelling as ever.
Kiko Dinucci – Cortes Curto ~ MORE INFO
Kiko Dinucci is a Brazilian musician of the band Metá Metá. His first solo album, Cortes Curto, is a great exercise in art-punk that has shades of Gang of Four, The Fall, and even James Chance – but through the
lens of Brazilian music.
NSRD – The Workshop For The Restoration Of Unfelt Feelings ~ MORE INFO
The Workshop For The Restoration Of Unfelt Feelings is a compilation of Latvian Experimental/Avant-Garde group NSRD whose material was largely only available on Reel to Reel tapes during the Soviet
occupation. They pioneered outsider thinking in art during a period when doing such was not only against societal norms but also would open themselves up to reprisals by the government. Their free thinking rebellion remains obscure but this compilation helps to shed light on
these trailblazing pioneers.

CHRIS LAY
Grateful Dead – May 1977: Get Shown The Light ~ MORE INFO
Every year or two I find myself spending a month or two wandering down a jam band hole, either with the Grateful Dead or Phish (social acceptability be damned!) and this release, supposed the holy grail of live Dead, was what triggered the my most recent trip down that patchouli-scented memory lane.
King Gizzard & The Lizard Wizard – Sketches of Brunswick ~ MORE INFO
These Aussies are on track to put out five albums this year, which is insane enough on its face, but that each album is at least “good” is a testament to their talent in the face of over-committing to a ridiculous concept. Of the bunch (two of which have yet to drop as I type this) Sketches of Brunswick is my personal fave since they down play the fuzz and focus in on a distinctly jazzier sound.
Sweet Spirit – St. Mojo ~ MORE INFO and A Giant Dog – Toy ~ MORE INFO
It’s not fair to lump these two albums together, but both of these Austin based garage groups are so good and since both are fronted by Sabrina Ellis, whose voice is such a defining part of each, that it’s just easier to say “hey if you like one you will very likely also enjoy the other.” it’s the second year in a row to see albums from each band hit the streets and while both of this years entries are slightly glossier you should not sleep on them.
The Replacements – For Sale: Live at Maxwell’s 1986 ~ MORE INFO
I am certain that I will not be the only person to post this out there as a top release for 2017 but it’s simply just that good and what sort of Midwest-dwelling music lover would I be to leave this off.
Jackie Shane – Any Other Way ~ MORE INFO
In recent years Numero has been expanding their efforts to cover lots of other genres (I’m sure their recent Hüsker Dü collection will make a couple of lists here), but it’s really pleasant to see them returning to the old school soul sounds that defined their earliest efforts. These two discs, one studio recording and one captured live, document the efforts of Toronto’s profoundly talented Ms. Shane, who with this amazing release will hopefully be better recognized as not only a transgender pioneer but one hell of a soul singer.
Geinoh Yamashirogumi  – Akira (Symphonic Suite) ~ MORE INFO
The coolest soundtrack to one of the coolest movies. Blending then-cutting edge 1988 electronic sequencing with traditional Japanese instruments, it’s a perfect match for the neo-Tokyo where all the dream-like insanity of the film takes place. Decent copies of this have been impossible to
track down stateside for a long time so snatch this incredible album up while you can.
Miley Cyrus – Bangerz ~ MORE INFO
Why did this album, barely four years old, end up getting a reissue for Record Store Day? On pink vinyl no less? Your guess is as good as mine, but since it was priced well below the RSD average for pop records, I’ll bite. It’s got some absolute trash on there for sure and the whole hashtag-as-song-title thing is not going to age well, but far be it from me to not put “Wrecking Ball” in its appropriate place among the pantheon of untouchable perfect pop songs. 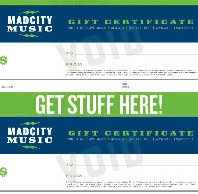